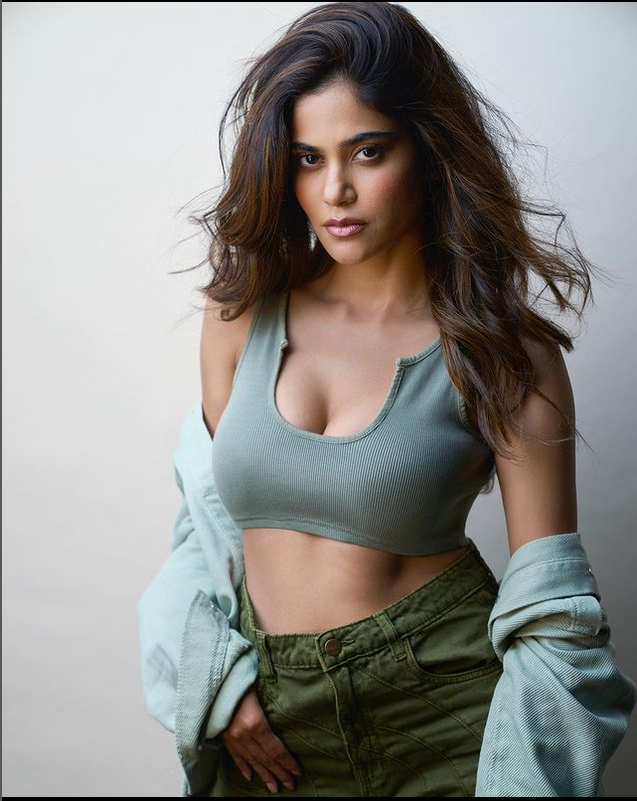 Actress Aditi Pohankar, who played the role of Pammi Pehelwan in the superhit web series ‘Ashram’ to be released on MX Player, very quickly made the audience her fan.

Although actress Aditi Pohankar appears normal on screen, but in real life, she is blowing people’s senses with her boldness. Some time ago the actress got a photo shoot done in the bathroom.

Actress Aditi Pohankar does not need any recognition today. He has made his place in the hearts of all the audience due to his work in a very short time. Today it would not be wrong to call actress Aditi Pohankar the superstar of OTT. Apart from her characters, she is also seen in a bindaas look in her latest photos, winning the hearts of the audience due to her cool look.

Actress Aditi is seen wearing a white halter neck crop top and pink colored pants. This glamorous photoshoot of actress Aditi Pohankar has been done in the bathroom. She completed her look with pinkish glossy makeup.

During this, the actress got the photoshoot done by keeping her hair open. In which the actress is giving one to one pose while flaunting her curvy figure. Aditi has also posed for this photoshoot while sitting in the bathtub. In these photos, she is seen in a very hot and cool look.

Talking about the work of actress Aditi, recently “web series She” was released on Netflix only some time ago. The actress has appeared in a very different and bold character in the web series She. At the same time, his ‘Ashram Season 3’ has also been released a few days ago. Now the fans are eagerly waiting for the next fourth season of ‘Ashram Season 3’. We will keep you dating whenever ‘Ashram Season 4’ is released.